Our kitchen is north-facing. It is practically Baltic in the winter and the two radiators in there just don’t seem to make any difference. We have long fantasised about installing a wood-burning stove but never been sure where to put one. And over the last eight years I have spent much of the winter at this typing wearing scarves and fingerless gloves and typing away like a character in a Dickens novel. 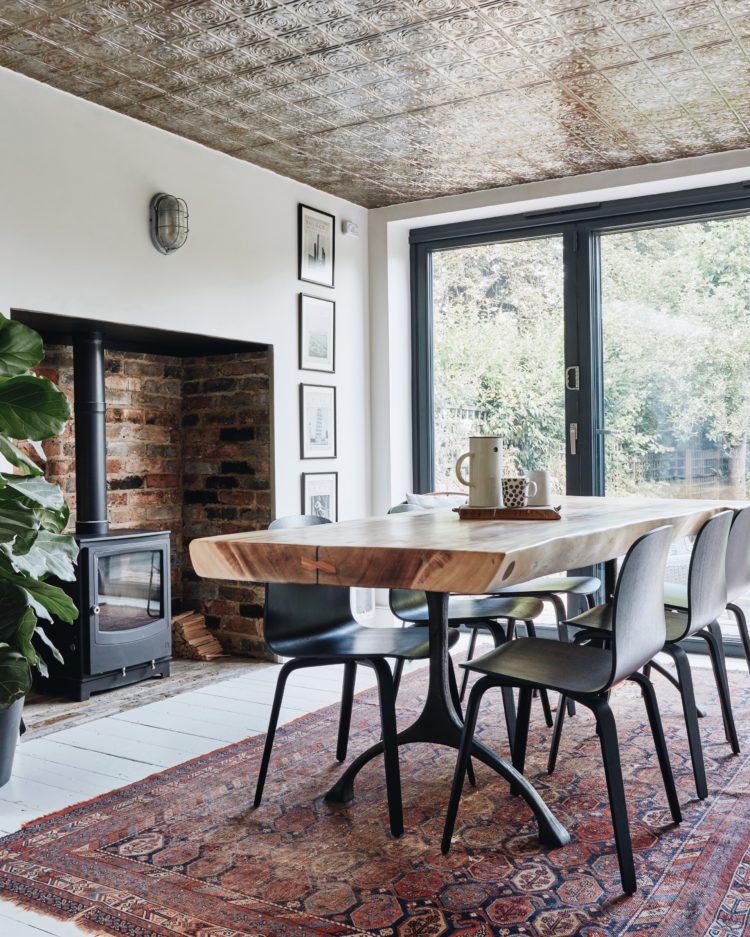 my arada wood-burning stove in the kitchen

As some of you will know, we extended the kitchen to create this dining space above but we weren’t allowed to go full width across the back, which meant that there was no room for a sofa. Then, earlier this year, Arada approached me about working together to install a stove in my kitchen and I realised that while I couldn’t fit a sofa I could push out a little and create a chimney space for a wood-burning stove.

The man from Arada first came round last March. After spending approximately 10 minutes in the kitchen he asked if we could move to the sitting room to discuss the details. Of course I said. Why? Because it’s bloody freezing in your kitchen came the reply.

And then it was all agreed and I called in my builder to start creating the hole to put it in. And then I called the professional stove installer. And then there was a rash of headlines about how wood-burning stoves were going to be banned. How they were massively anti-environment and how only the terrible metropolitan elite middle classes have them and how awful they were – both the middle classes and the stoves.

“Well,” I said to The Mad Husband. “It looks amazing. Maybe we just won’t light it.”

But there’s a chill in the air now. And I am definitely going to light it but first I wanted to explain what is going on so you can be clear on the rules if you are thinking of installing one in your own home.

So here are the 10 things you need to know about installing a wood-burning stove.

ARE WOOD-BURNING STOVES ABOUT TO BE BANNED? No. But earlier this summer the Government announced that it was proposing to phase out the sale of wet wood and coal for wood-burning stoves. Those bags you buy from the garage or the DIY store are not only a more expensive way to buy fuel, but often contain wet wood which is much more polluting than seasoned, or dry, wood as it gives off so much more smoke.

Wood-burning stoves won’t be banned, but from 2019 (probably – assuming they’re not too busy with other slightly more life-changing events) you will only be allowed to burn dry wood or smokeless coal.

CAN I HAVE ONE AND STILL BE ECO-FRIENDLY? Apparently around 10 per cent of UK homes have an open fire or a wood-burning stove and, according to a BBC report, pollution from burning wood and coal in the home currently causes 38 per cent of particulate pollution – far outweighing that caused by industrial combustion (16 per cent) and road transport (12 per cent).

Properly seasoned wood should have a moisture content of less than 20 per cent. Arada are currently giving a moisture meter away when you buy one of their Ecodesign Ready stoves so you can test it before you burn it.

So you will need to buy a stove which has been approved for use in smoke controlled areas by Defra, or a clean-burning “ecodesign ready” model. Which is what I have.

Mine is the small  Farringdon , which is approved for use in Smoke Control Areas. Not only does it exceed the new 2022 European regulations, but it also meets stricter North American low emission levels. Ecodesign is the European-wide programme to lower emissions. It is due to come into force for stoves in the UK in 2022. The PM emissions limit for Ecodesign is 55 per cent lower than for DEFRA exempt stoves so it’s ahead of where it needs to be. CAN I INSTALL ONE IN MY FIREPLACE?

Yes, but you need to know that a woodburning stove needs a narrower flue than an open fire so you can’t just rip out the fireplace, stick in a stove and point it up the chimney. You will have to install the right sized flue.

WHAT IF I DON’T HAVE A CHIMNEY?

Any member of a Competent Persons Scheme (someone who is officially registered to carry out this type of work) which is what you will need for all of this work, will advise you on this. You will have to have a chimney flue that goes up the exterior of the house and it will need to be insulated. HOW HIGH DOES THE CHIMNEY HAVE TO BE?

This was the one question I didn’t ask and the answer is probably higher than you think. This is for reasons of draw to make the fire burn properly. It is also affected by the proximity of other buildings and the walls of the rest of the house. Mine is black, which is more expensive than silver but, as the engineer said to me: “Silver can look a bit kebab house.” Expect to be looking at something that is a minimum of 4.5m high. WHAT CAN I BURN ON IT?

Basically coal is a bit of a no-no now. You need dry, seasoned wood with a moisture content of less than 20 per cent, or smokeless solid fuel such as anthracite. A list of approved fuels is available on the Solid Fuels Association website.

You also need to decide if you are buying a wood-burning stove or a multi-fuel one.

HOW MUCH SPACE DO I NEED AROUND IT? Take advice on this as there are strict rules about the distance between the stove and any combustible material. There is no legal minimum distance for non-combustibles such as brickwork or masonry, but Arada suggests no less than 10cm either side and 2.5cm at the back in order for it to work effectively. The more space you have the better it will work.

There is also a rule about a hearth being higher than the floor around it but that distance is only supposed to be 1mm. A responsible installer will not be able to sign off if that millimetre isn’t there. CAN I INSTALL IT MYSELF?

Given the amount of regulations I think it would be unwise. You need to have the installation signed off and certified. It needs to be tested  and you must have a carbon monoxide alarm in the room and there are rules about how close it should be to the stove. You must also install  a vent as well. It’s safer, and easier, to go with a HETAS registered engineer.

WHAT SIZE DO I NEED?

Your engineer should be able to help you with this but if you want a rough idea then it’s length x width x height/14 = the output in kilowatts. All measurements should be in metres and if there are lots of doors and windows then it should be slightly higher. 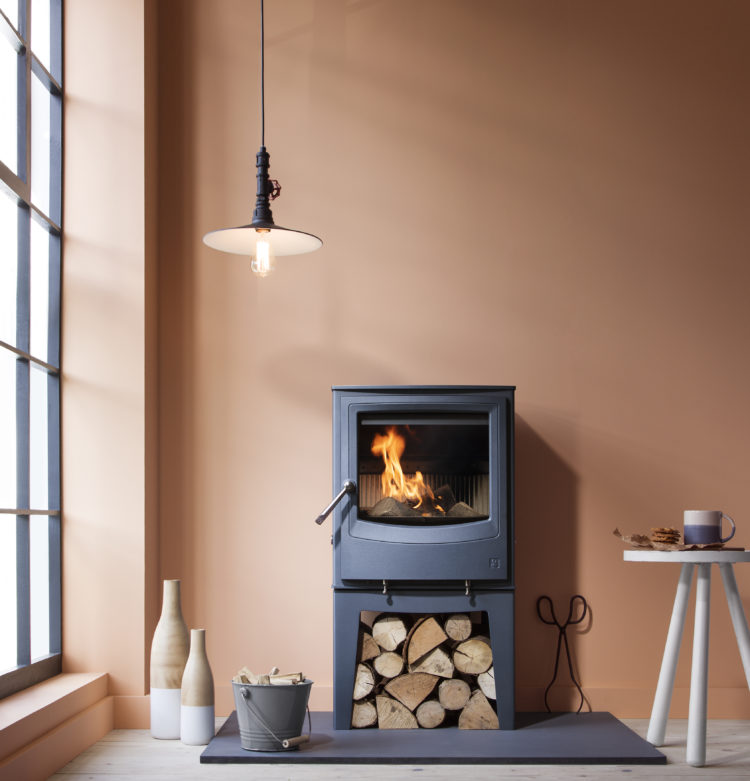 HOW OFTEN SHOULD I SWEEP THE CHIMNEY?

Once a year unless it is the main source of heating in the home in which case it would be better to do it twice.

Hopefully that has cleared up any questions. Now the next trick is how to light the thing. Because there’s a bit of a knack to it and I shall be writing about that in my next post as well as the design of our fireplace. The stove was given to me by Arada. They didn’t dicate or ask for any particular content around it but I decided this would be the most useful information to share with you. I never give copy approval but they checked this for details to make sure I wasn’t giving you the wrong information.