10 Things You Need to Know about Art Deco

There’s been a lot of talk, now that we are in 2020 about the Roaring Twenties and that disintictive style of decor coming back into fashion. In fact there was a lot of chat last year about how Art Deco was one of the biggest design trends of 2019 and that looks set to continue for the foreseeable future. So I thought I would continue my occasional 10 Things series with a look at what Art Deco actually is. I have already looked at Bauhaus and English Country Style. 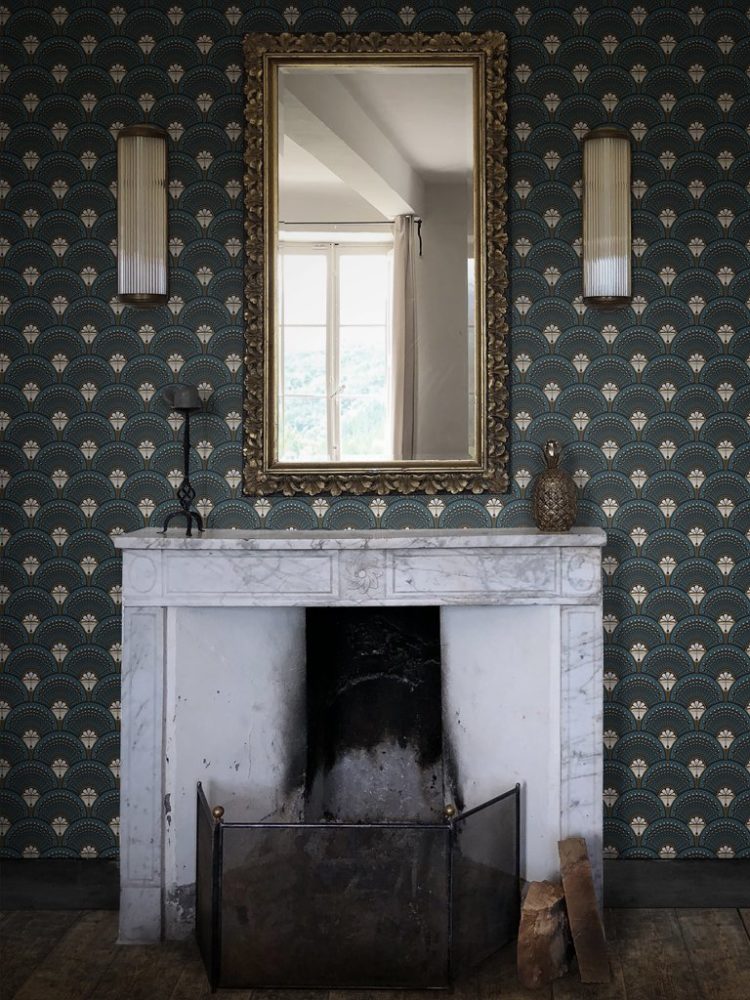 1 Short for Art Decoratifs, the style first appeared in France just before WWI and influenced everything from architecture to clothes and jewellery, ships and furniture. It lasted until well into the 1930s when it gave way to modernism and Bauhaus. It wasn’t actually named until the 1960s and then the name was taken from the 1925 Exposition Internationale des Arts Décoratifs et Industriels Modernes, held in Paris.

2 Art Deco is characterised by strong colours, geometric patterns and luxury materials. It is chic and opulent as well as elegant and sophisticated. 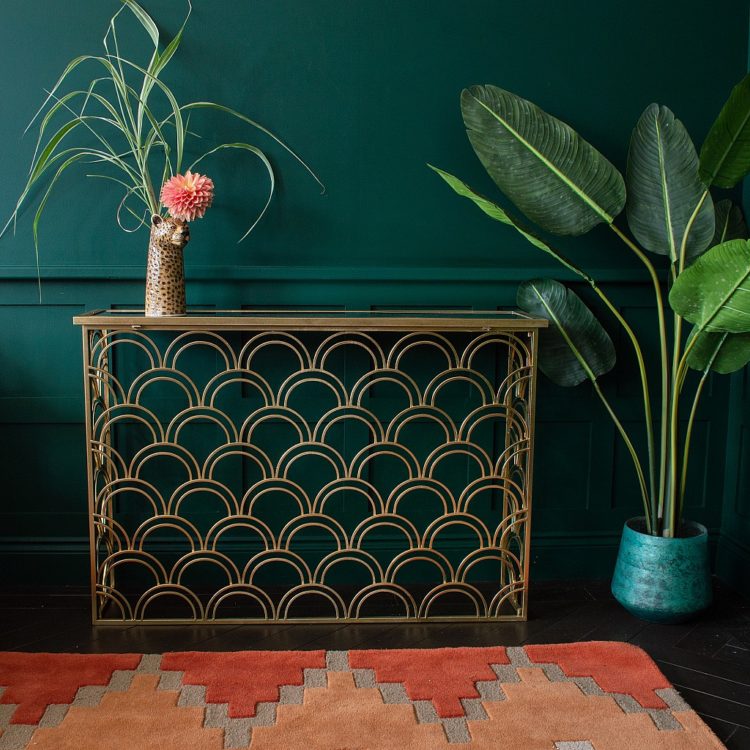 3 Art Deco was forward-looking and celebrated new ideas which is why you see it so much on posters for travel by air and sea. It also featured modern materials such as chrome, glass and plastic as well as lacquering which is also a highly polished finish. Basically if it isn’t shiny it isn’t coming in.

4 Art Deco is currently undergoing a 21st century revival with lots of the arches, curves and lozenge shapes used in furniture and decorative patterns being retooled for a fresh audience. 5 Look out for vintage pieces such as chairs by Jindrich Halabala. I found mine on eBay for £750 the pair but that was a massive bargain. You can expect to pay double that now. They work really well upholstered in modern fabrics.

6 Other pieces of furniture that are strongly associated with that style include dressing tables and console tables. Much of the furniture was produced in small numbers although Heals made furniture in larger quantities and in oak rather than the more luxurious, and expensive walnut and maple. The designs are often elaborate with intricate inlaid patterns. 7 It was also influenced by the first age of travel – pyramids feature heavily – as well as the glamour of the Silver screen and movie stars. Look out for fan and sunburst shapes. The mirror above is a classic of the genre.

8 If you want to nod to this look then you need to avoid floral patterns and stick to geometric or blocks of colour. That’s not to say you can’t have flowers but they must be the stylised geometric versions rather than the swirling floral motifs of the earlier Art Nouveau movement. 9 Art Deco colours tend to be strong – teal, gold, deep pink and emerald green or go the other way and stick to black, white and chrome for a more pared back sleeker look.

10 You don’t have to live in a 1920s house to incorporate some Art Deco elements although be careful not to overdo it. Chairs are particularly versatile as you can upholster them in modern fabrics to incorporate them more into your own home. Console tables are always useful but beware of adding too many sunbursts. vintage jindrich halabala armchairs in the home of Erica Davies A House Tour with Sustainable Architect and Designer Oliver Heath