How To Create The Perfect Bedroom

Today an edited extract from my latest book The Planner because, between now and 23 December, if you buy my online course you will receive a free copy which means, should you have cause to be buying presents for any reason over the next few weeks (ahem) you can give someone something to unwrap on the day and something to do afterwards or, if necessary you can get two presents for the price of one. 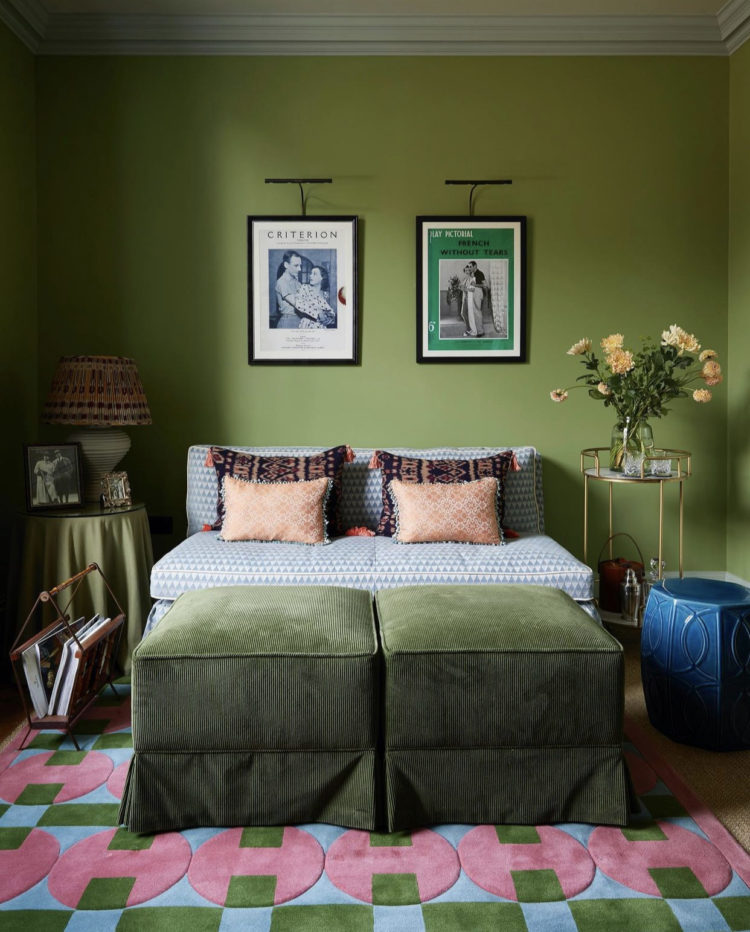 The Beaverbrook Townhouse with interiors by Nicola Harding

So today I wanted to talk about the bedroom and give you some ideas to ponder if you are planning a refresh of yours or moving to a new one. The temptation for most of us is to take the largest bedroom for ourselves – the so-called and, increasingly offensively named, master – and put the kids in smaller rooms. But, think about it. I’m guessing that you, as an adult, don’t have a huge pile of plastic tat including a play kitchen or a train-set. Do you also have to sleep with 47 cuddly toys that need space on the floor when they are kicked off in the night? In our last house we put the boys in the largest bedroom in bunk beds with cupboards in the alcoves and lots of floorspace to play. We took the second bedroom which was perfectly big enough for our bed and our clothes storage. And if you don’t share your house, then by all means take the biggest bedroom, but consider how you are using the space. It may be that you can install a false wall behind which you can create a wardrobe that will hide all the clutter a well as providing lots of storage and then you can leave your sleep area with just a bed and it will be tidier and more zen and you will sleep better. All round win. That is what we did – see below.

In period houses the obvious solution is to build wardrobes in the alcoves either side of the fireplace but they are rarely deep enough for this and will stick out beyond the fireplace. This also often means you have a huge amount of space round the bed which isn’t doing anything and not enough room for your clothes. So: hidden wardrobe behind a false wall by madaboutthehouse.com

1          Built-in wardrobes will give you 30 per cent more storage than free-standing. Build them up to the ceiling and paint them to match the other walls so they don’t dominate the space. If you have existing ones you don’t like you can paint them, paper them or even stick a thin layer of foam and cover it in material to give an upholstered feel.

In a large room think about building a false wall with an entrance/gap at either end behind which you can add rails, storage, or even a desk area, and put the bed in front. This will allow you to keep the bedroom tidy and clutter-free which will lead to a better night’s sleep.  You can either paint it to match the other walls, which will almost make the space behind it disappear or you can make a feature of it. A reminder on feature walls; there’s nothing wrong with them as long as they are introduced to the rest of the room. So match the feature wall to the skirting boards or other woodwork. In my bedroom the wall matches the bedhead and gives the bed more presence. double headboard in the home of Jess Hurrell @gold_is_a_neutral

2          Consider the position of the pendant light – the middle of the ceiling may mean the light hangs pointlessly over the end of the bed. If so move it to where it can be of some use. This maybe in a corner over a dressing table or desk (thus saving space) or perhaps just over the middle of the bed so it will at least give symmetry, which can be more restful and relaxing to look at.

3          If you don’t have room for bedside tables think about installing a shelf over the bedhead on which you can either put a couple of lamps or you can clamp a task light to it. This will also give you space for books, a radio, chargers and all the other stuff that seems to build up here. I feel that it goes without saying that you need to decide the height based on the people sleeping in the bed and their preferred reading position.

4          A bespoke bedhead the width of the whole wall with tables in front will make the room look bigger and more “hotel”. If this is a DIY too far for you (and it would be for me) you can buy two wall mounted headboards and put them next to each other with the bed in the middle. If you pick and upholstered one with a vertical pattern the join between the two will be less visible. Above Jess Hurrell has done this and below Bianca Hall created her own bespoke version. 5          If space is tight consider hanging bedside lights from the ceiling or using wall-mounted ones. This doesn’t need much explanation but note that hanging bedside lights can be a really pretty feature in their own right. You can also change the fitting on a central pendant light to a two-way outlet and add a second pendant light here so that you can drape both of them across the ceiling (using a hook) to where you want them to be. This might be less work than creating two new ceiling lights and the making good that that will involve. If you are using wall-mounted lights take the time to work out the best position for the on off switch that means you don’t give yourself a hernia as you reach to turn it off. We have had both wall-mounted lights and plug-in ones which is less work than changing the electrics.

6          Either buy a rug that fits under the whole bed or two smaller bedside ones. Avoid one that just goes under the foot of the bed – it’s pointless and will make the room feel disjointed. If a large rug then falls out of budget buy the most luxurious piece of carpet you can find and have the edge hemmed/whipped/bound. 7          Use blackout blinds for practicality but add curtains for décor. A velvet roman blind with a black out lining is good middle ground. And remember that blackout blinds don’t have to be black.

8          Buy the biggest bed you can fit in the space. You will only ever be glad of this. Also invest in good pillows. I wrote this piece about how to buy a bed a few years ago but it still holds. I hope that has given you some ideas from the words and some unspiration from the pictures. I’ll be back tomorrow as the podcast returns with a look at ways to make your house more eco-friendly as winter approaches and the heating goes on.

How to Make your House more Eco as Winter Approaches

Monday Inspiration: Why You Should (Door) Frame The View