10 Of The Best Coat Hooks

Since January is all about all boring stuff like dieting and detoxing and not eating this and not eating, that I thought it would be fun to show you some cool things that needn’t be expensive so you can perhaps have a little treat that won’t cost calories but fits with the general mood of decluttering. And so today I bring you 10 of the best coat hooks from £15 to £200 so you can choose what fits your budget. And we can’t say fairer than that now can we? First up, in no particular order, although these are definitely among my favourites, are these: There are six in the set – above you see pirate, Salvador and Karl but you can also choose Coco, thief and Ziggy. Prices vary but they are £15 at LovetheSign although I have seen them at £20 in other places. Great in a row in a hall or in a bathroom where I might be tempted to hang Karl and Coco next to each other. Staying with the bathroom, and I love this diving man hook from Rockett St George. It also existed in brass but seems to have sold out at the moment. Still, I distinctly remember saying black is the new brass at some point last year so this will do fine. It’s £32 and would be very cool on the back of the bathroom door waiting to receive your towel or dressing gown. Now to a design classic and the Matégot coat rack for Gubi, which is currently on sale for £123.45 at Funktionalley (reduced from £145). The brass centrepiece has three black arms – the fourth is part of the wall fixing – and looks sculptural and cool even when empty. Which, if it was in my house, it probably wouldn’t be. I’m also a huge fan of Gubi and this is probably the most affordable thing they do. Now I have known (and loved) these hand hooks for years – ever since I saw a hall in Living Etc with a whole white wall of them also in white and thought it looked stunning. A word of warning as yes they are called handjobs – make sure you put the designer’s name: Thelermont Hupton into Google first if you are searching. I didn’t. And moving swiftly on, they usually cost about £100, which is a lot for a hook admittedly but I have found them on sale at £76 at Clippings so now might be the moment. It’s still a lot of course, but they’ve been around for a while and are a classic that you will use for ever. Positions include the handshake, the peace sign, the rock on and the wave. Now these are great for anyone who comes home and has the habit of emptying their loose change and keys onto the kitchen worktop. I’m looking at The Mad Husband here but I’m sure he’s not the only one. You can’t fill them too full of clutter, but they will just take the day’s pocket detritus. Also on sale at the moment (only if you are reading this post around the time it is dated) for around £33 instead of £39 from Nest. 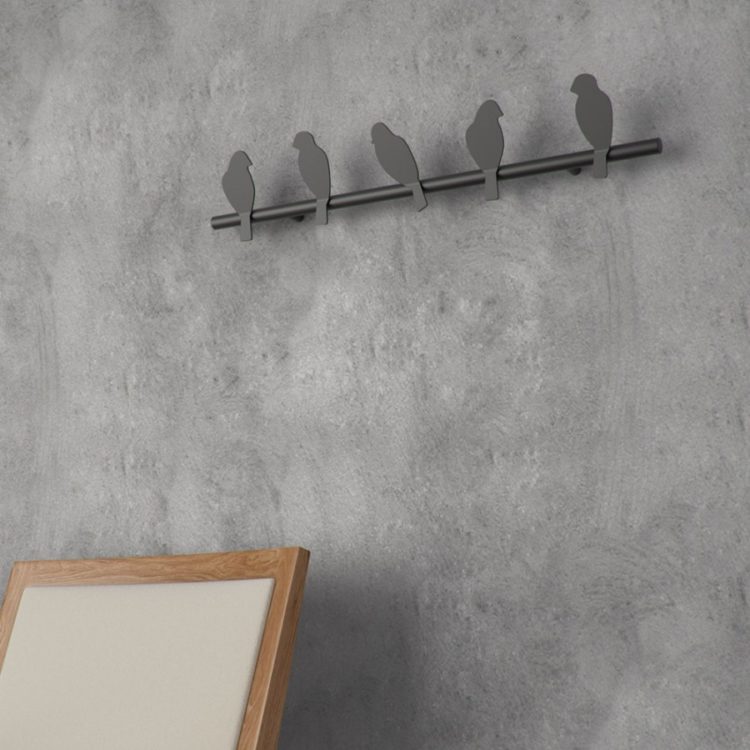 Bear in mind I’m showing you hooks that are a little bit outside the norm with these and I’m not expecting that you buy lots of different faces and hands and birds all for the same house. But I think this one is fun and while, at £190 it’s probably too expensive for a kid’s room it would work in a hall or landing outside. Naken is also offering 10 per cent off first purchase to anyone who signs up to their newsletter too. wardrope by authentics from connox

I thought this one was rather clever. The metal hook slides up and down the rope so you can move it to where you want it to be. The rope fixes to the ceiling and has a heavy weight at the bottom. You could have one like this above or a selection of them in different colours that could almost act as decor against a dark wall. Imagine displaying handbags on them. Or in a teenager’s room with school shirts on one, weekend shirts on another. It’s £75 from Connox. And it goes against the spirit of the blog, where I try to celebrate clever design, to suggest you could make something like this yourself using climbing rope but there will be those of you who are thinking it I’m sure. Back to the whimsical and, more importantly, using hooks as a form of decor rather than just straightforward hanging, with these butterflies by Italian firm Mogg from Lovethesign where they cost £209 for a set of six. So it’s the most expensive shown today but there are six and you can arrange them to cover a large expanse of wall where they might look rather good. Sometimes it’s about something very simple and stylish and these Danish Moebe hooks are a reworking of the classic brass double ended hook. They also come in black and you can hang either from the hook below, as shown, or over the top. A set of two is currently available for £14 from Skandivis or a single large one for £12.60 – perfect for those of you with brass taps in kitchens and bathrooms although, they will, of course, go anywhere. Lastly, this is a key ring rather than a coat hook but I thought it was a clever idea to incorporate different shapes for each person’s keys or for outdoor garages and sheds etc. There is a coat hook available in the same range too. This is £20 from made.com.

So, any of them take your fancy? I definitely like the face and hands and there might be a diving man finding his way into a bathroom soon. Let us know in the comments below.