It’s reached that time of year when time seems to speed up. It’s like the beginning of the holidays when the first three days seem to float gently past and you think you will live forever like that drifting from lazy mornings to lazy afternoons and evenings and then as soon as you have fully relaxed into the lifestyle it it’s all over. The same thing happens with the year. January and February are unbearably slow as the winter seems to drag on for ever. Then the clocks change and the days gradually lengthen into summer…. Then bam it’s not only winter but it’s November and it’s nearly the end of it at that. I have no idea how that happened but suddenly it’s all about end of year planning and Christmas.

Anyway, all that is a round about way of saying look it’s bloody Monday again already. How did that happen? Here then, is a collection of rooms for you to wander through and they are in calming colours this week because that is what I felt like I needed so you can have it too. 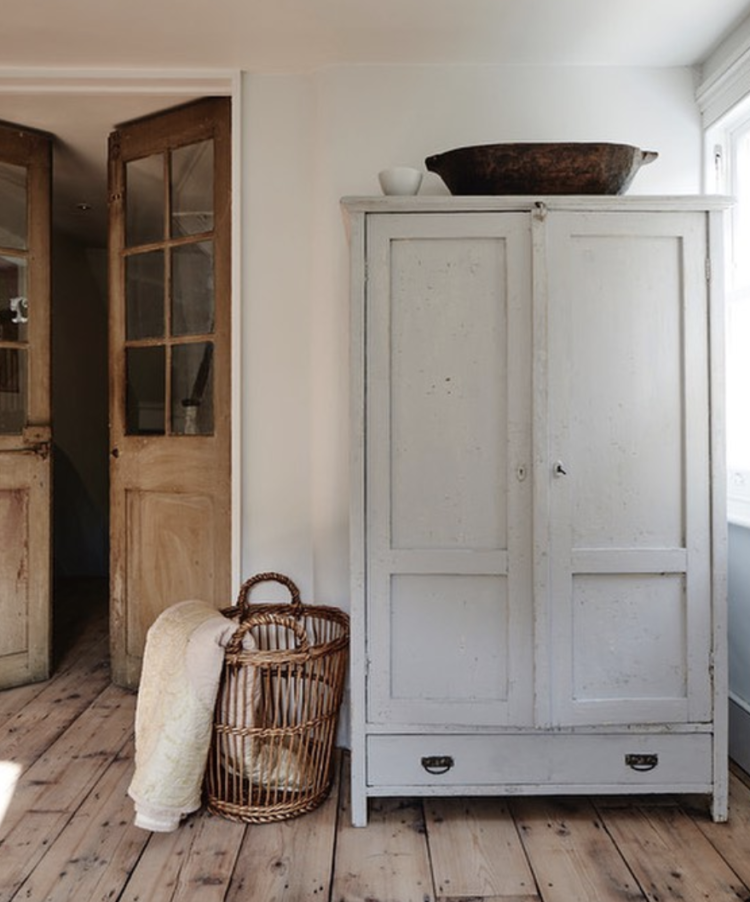 image by cassandra ellis of @atelier.ellis

I have said before, and I still don’t know the answer so I’ll say it again and some of you will have to know this twice, that I don’t know how many of you follow me over on instagram as well as here. Which means that I’m never quite sure if you’re up to speed on what has been happening.

So, for those of who don’ t know, last week we finally finished decorating the bedroom and I’m going to do a proper tour of this with the built-in wardrobe and en-suite on Thursday so come back then to see all the details. I also met Trinny, of Trinny and Susannah fame, who has launched a really clever range of make up. I bought this when it first launched because I thought the portable stack was such a clever idea (it makes great Christmas presents by the way) and last week I was invited to the house to have my make up done and chat to Trinny in her specially customised taxi. Then, just in case you think it was all glamour (which that definitely was) I travelled up to Newcastle to give a talk at the BoConcept concession in Fenwicks. If any of you readers were there it was lovely to meet you and sign so many books. Even if it was four hours on the train there and back…. you were worth it – as the saying goes. image by devol kitchens of @a_prettier_interior

I’ll tell you more about Trinny in the December newsletter so make sure you are subscribed to that if you want a bit more of the lifestyle and behind the scenes stuff that doesn’t really feature on here. I will also be sharing my Helsinki highlights, telling you which books I have read over the month and giving you any good recipes I have found so it’s completely different to the blog as we don’t really talk about interiors at all. So, onto the rooms. As I mentioned a calming selection of spaces this week featuring all those muted colours which work so well in our cool northern light. These first rooms are full of soft blues and greens, pinks and greys with lots of natural brick and wood to warm them up. It’s all very restful. Dark colours also work well as they are warm. Both the rooms above and below are dark navy or blue black but neither is dark. This bathroom, which has a low ceiling has a copper bath which will bounce the light around the room. Yes a white one would work just as well – and be cheaper to buy – but the copper is lovely. If the budget doesn’t stretch to that then think about painting a roll top bath in a contrasting colour to add a punch of colour. 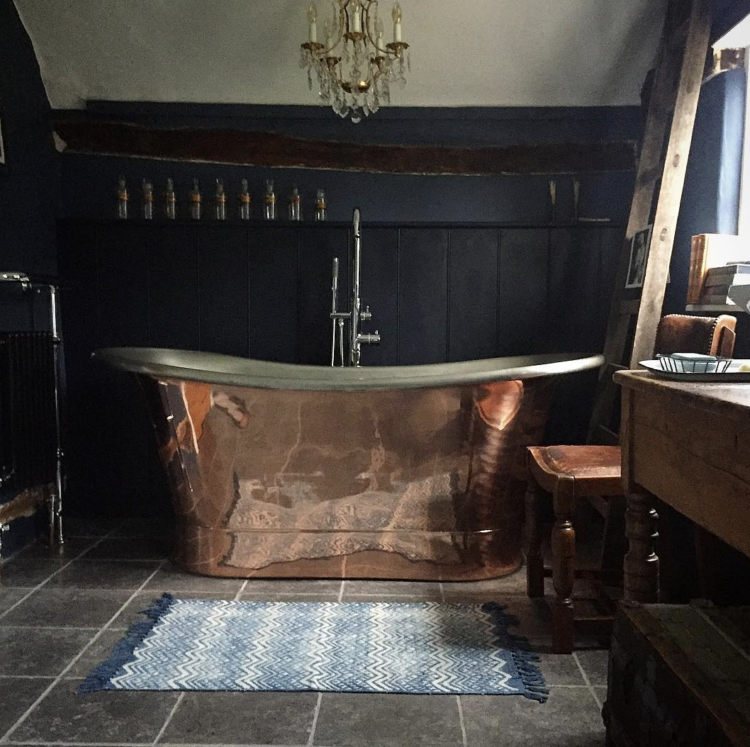 This image by Sally Denning from her book Relaxed Coastal Style, shows you how white doesn’t have to be stark if you have lots of texture. Here the rustic beams and wooden cladding on the wall all warm the space up while the rush matt and black accents stop it looking cold and bland. image by Sally Denning from her book Relaxed Coastal Style

But we couldn’t leave without a little splash of colour. This gorgeous wallpaper is by Divine Savages in a new colour called Arsenic, which is so appropriate for a wallpaper name I’m surprised it hasn’t been used more often. For those who aren’t away of story – now fairly well discredited – it was believed for many years that Napoleon died from poisoning as arsenic leaked out of his wallpaper – it was a popular green dye in the 1800s. He was found to have arsenic in his hair in the autopsy and a sample of the paper which was taken from his room in the 1820s and was tested in the 1990s, was found to contain arsenic.

It’s a good theory which remains unproven and the more likely explanation is stomach cancer, but anyway make of it what you will, this is still a very beautiful wallpaper. And here it is again,  in less controversial teal. It’s an art deco style and I’m wondering if it would work in the spare room in my Victorian house on which I am currently drawing a decorative blank. The main issue being that it has a grey sofa bed which we can’t replace so anything we do must go with that. I’m still thinking it through. And on that note I shall go away and think about it some more. Drop by tomorrow to find some great folding chairs – you never know when you might have extra guests over the coming weeks and a couple of folding chairs that can live under a bed or hang on a wall and be brought out when needed is never a bad thing to have in reserve.