So who’s seen The Dig then? I was all set to bring you a post of fabulous wallpaper and antiques based around the themes of the film (I’ve bought a pair of brogues) but I haven’t, as yet, been able to track down any decent interiors shots of the film (I’m all over Carey Mulligan’s wardrobe though) so that will have to wait a little…. Don’t worry I’m on it. Instead, a mixed bunch for you this week starting with this apartment in Gothenburg which is for sale via Stadshem and while I love the high ceilings and large windows, what drew me in was that vintage chaise longue which looks fantastically comfortable and so pretty with those cushions and throw draped over it. I know though, that if I left an artfully draped blanket over the end of mine The Mad Husband would come along behind me and fold it. I might try and see how long it takes him. Although the cat might glue herself to it quite fast which would thwart him.

And if you’re looking for something similar I found this William Morris quilted bedspread. I have saved myself £275 because the pink and charcoal is out of stock. You might not be so lucky if you have an indigo space…And this is half the price from Oliver Bonas if you fancy green… I’ll stop now… just as soon as I find the one I want. Oh hell it comes in pink and green.. Moving to a kitchen, this time from Entrance Makleri (still in Sweden) and this soft olive green is such a pretty colour. Note how the tall cupboards that reach to the ceiling make the room look taller because the cupboards look overly tall, in a good way, which has the effect of raising the ceiling. Of course you will need a ladder to reach them but if the cupboards were shorter you’d need a ladder AND a duster. Now we’re in a pantry and I’m finding myself drawn to the idea of a fully tiled wall of metro tiles. Not sure it will work in my kitchen diner but I have to replace the shower room (which has a leak from the roof… sigh) so this might be the moment I make up for the lack of tiles elsewhere in the house.

But it was the yellow door which drew me in here and, if you are also flirting with the idea of a touch of the sunshine shade, then allow me to point you in the direction of this rather lovely Pollen by Cassandra of Atelier Ellis. It’s just soft enough to not be scary but also it’s definitely yellow. Perhaps I will paint this on the ceiling of my yet to be fully tiled shower room…. 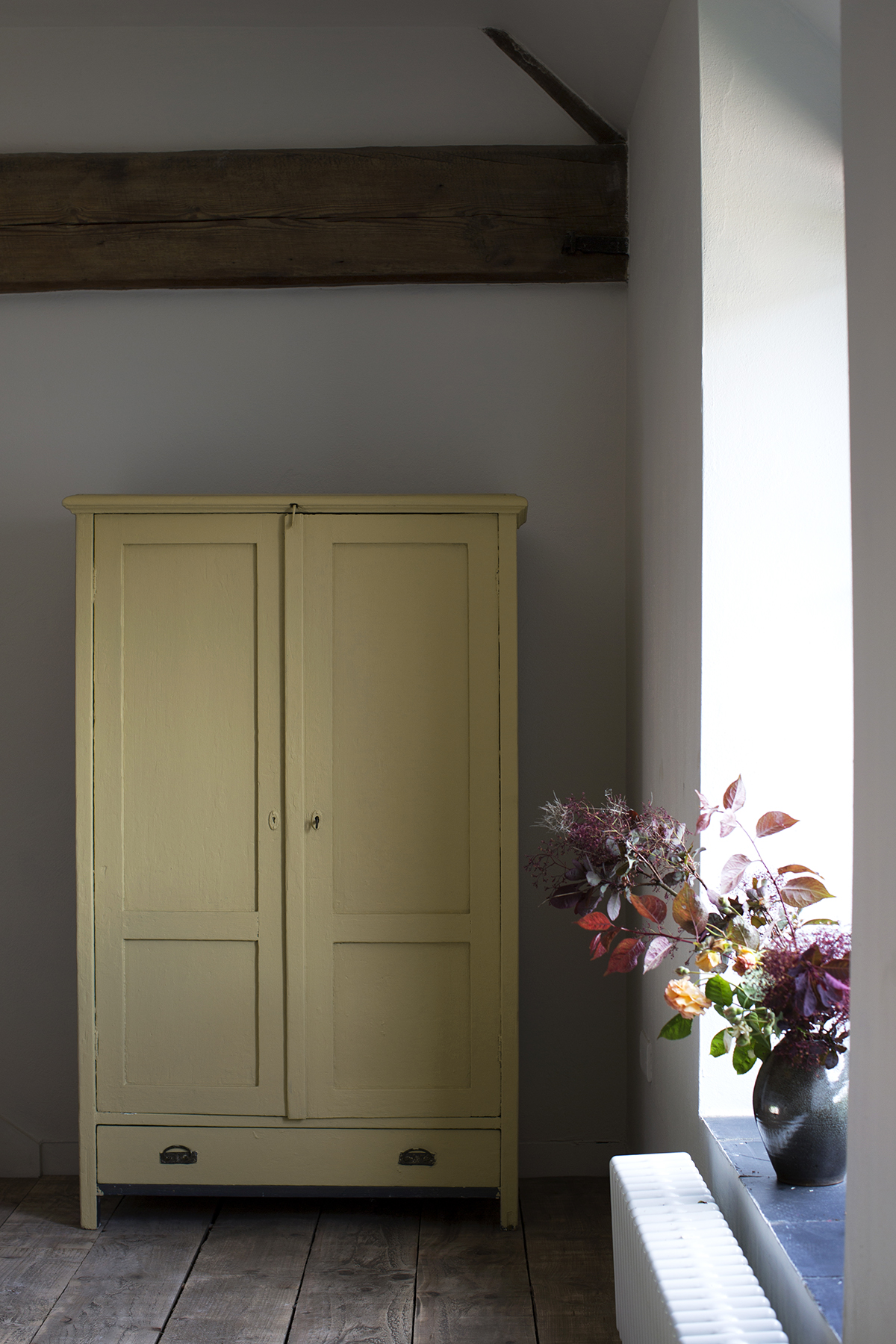 And finally, because I seem to have started something with the blue last week, this pretty pantry by Sabbe Interiors. It’s a warm blue for starters and the terracotta floor tiles make the floral wallpaper sing. It’s a tiny working space but all the more reason to make it fabulous no? I have a tiny larder and if I could face emptying it I would really like to deck it out in a great wallpaper… and with that we’re back to The Dig again. 10 Small Changes That Will Make A Big Difference

The Househunter: Penthouse with great views