I’m sure most of you are familiar with Rockett St George, the cool online store that famously showcases its wares against a black background beloved by magazine editors (and bloggers!) the world over. They launched over 11 years ago and I remember featuring them in a piece I wrote for The Independent and I was giddy with excitement as I felt I had discovered something really new and exciting. I have been writing about them ever since and they have featured regularly on these pages. I first met Lucy St George just after I wrote about them in The Independent. Well I basically accosted her (without knowing who she was) on a zebra crossing outside what turned out to be our shared local supermarket, and asking where her bag came from as it was so cool (it was a gold leather tote). “Well,” she said: “I run this website….” “Well, I said: “Turns out I have just written about it.” 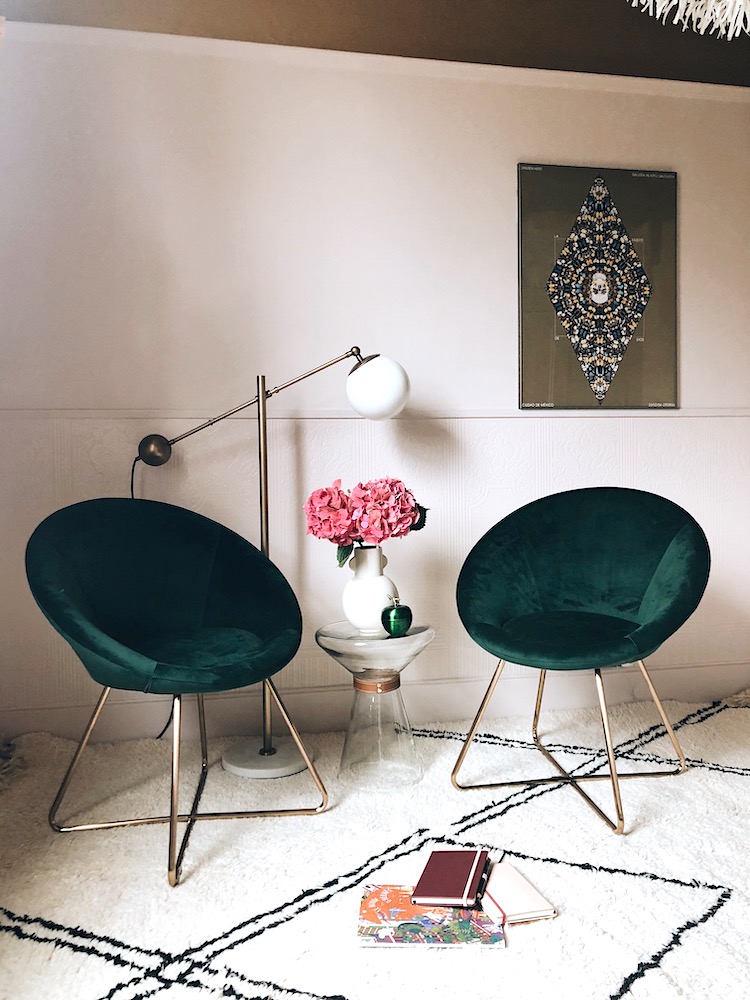 I remember being slightly gushy and fang-irly at that first meeting. She probably thought I was a nutter. Since then I have discovered that Lucy lives in the next street to me and I have got to know Jane as well. I have worked with them on many occasions and I am delighted to formalise that relationship over the next few months where I will be styling and shooting some of their products in The Mad House (the perfect setting non?) and finding out a little more about them. As I said, when they first launched, Jane, who is a photographer, wanted to put everything on a black background. Remember that had never been seen before. Everyone who professed to know anything about online stores advised them against it. They took no notice. They were right. It took off like, ahem, a rocket.

For several years you could be pretty sure that if you bought it from RSG no-one else would have it. Or stock it. Or even know where they had found it. But, of course, the internet grew and while Jane and Lucy are still effortlessly cool and have the best eyes in the business, it was inevitable that their exclusivity would be compromised.

I always have visions of buyers following them round trade shows in dark glasses and hiding behind pillars and as soon as they have left a stall, creeping up and saying: “We’ll have ten of what they’re having…” Jane said to me: “It was becoming harder and harder to be unique in the interiors market.  We launched Rockett St George with the objective of offering homeware that was different and remarkable, but over time, with the launch of many online homeware stores, this became more and more difficult.  By creating our own products we know that we can offer our customers something really special.”

One of their first designs was of course, my own dear palm tree lamp (which I paid for btw) that has graced a corner of my living room for the last five years. And which I featured on my Desert Island Decor. Since then they have gone on to design rugs, chairs, more lighting and wallpaper. I spoke to them (over email) last week and they said: “We didn’t think we would ever go into design but once we started the ideas just flowed. We definitely suffered from imposter syndrome at the beginning as we are not trained but we have a creative eye and we love interiors and sometimes you just have to give things a go – feel the fear and do it anyway.”

And, it turns out, they love doing it so much that they are spending more and more time working on their own designs since “our own brand products seem to always result in being best sellers”. They are also learning all the time and the pair travel constantly to visit their factories, find inspiration and learn about the process behind the products. Last year they launched their own paint collection full of soft pinks and greens, chalky blues and ochres produced by Craig & Rose.

So what are their favourites of the current collections? Jane likes the leopard print armchair with its “traditional design and rock and roll print” which is totally her style.

For Lucy it’s new artwork coming soon and they are currently working on some velvet curtains which are taking longer than they thought as they want to get the colours exactly right.

You’ll just have to keep an eye on the site to find out what that is…..

This is a paid collaboration with Rockett St George but, as I said at the top, I have been writing about them and known them for years so I think they fit well on these pages.

Six of the Best: Curved Sofas