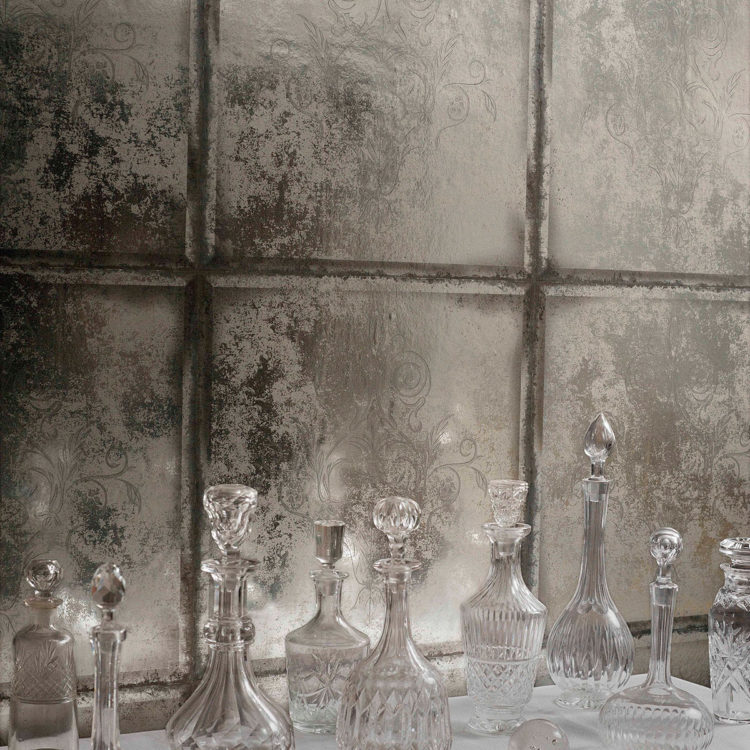 Regular readers will know I have been exploring antique mirrors on the blog recently after featuring it in a 10 Beautiful Rooms post and showing it used as a kitchen splashback (you can see it and read a tutorial about how to make your own here).

I am currently exploring the idea of using it in the shower instead of tiles. Before you all start shouting, firstly it will steam up when the shower in is use so it won’t be like having to look at yourself all the time. Secondly it doesn’t give a perfect reflection but tends to blur the edges which is, these days, the perfect way to look in the mirror and finally, it can double up as a long mirror in the room without being too modern and bling like a modern one. Anyway, I said exploring. I need to redo the bathroom tiles and I need a long mirror in the room. This may be the solution.

I saw this in a hotel in Iceland a couple of years ago where it was done, I think, as a space saving device and also to bounce the around the open plan room. I wouldn’t want to use modern mirror in this way but I think foxed mirror would be perfect. 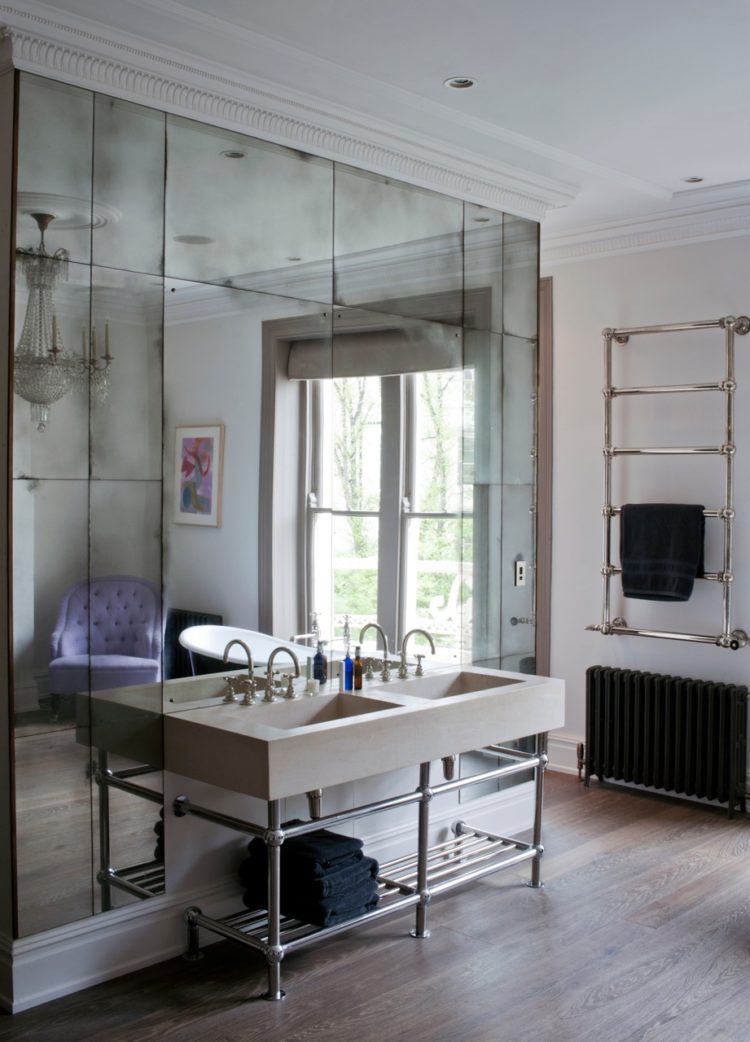 But then I discovered this fabulous wallpaper version and I love this too. Obviously not in the shower, and not really for use as a mirror either so we’re ruling it out of the bathroom at this stage but it has a really fabulous luxe feel to it doesn’t it. It might be perfect in the bedroom behind the bed.

It’s called Albery by Cole & Son and comes in six versions of silvers, bronzes, rusts, blues and amythyst. It costs £95 a roll. It would be perfect for a dressing room as well. I’ve definitely got to get some antique mirror in my house. It’s just a question of whether it’s the real thing or the wallpaper. Update:  I have since discovered that it can work in the bathroom although obviously it has to be very carefully cut around the shower head and taps so it’s now about finding a builder who’s happy to install it. We have the quote for the whole bathroom now and I will share the plans with you in a few weeks time.