Last week I wrote about Outdoor Rooms and right on cue the heavens opened. This week I am going to beat the weather at its own game and bring the outdoors in. As I sit here typing looking at my very soggy hammock through the drizzle, I thought if only we had an indoor hammock… I have always loved hammocks. Many many years ago I spent a year living in Senegal, west Africa. The house we lived in had a wraparound verandah with a hammock on it and I often slept out there curled up on a duvet so the string didn’t dig in. A few months ago my elder son asked if he could have a hammock in his bedroom. We’re still talking about it. Which is basically code for: we haven’t got round to doing anything about it yet. 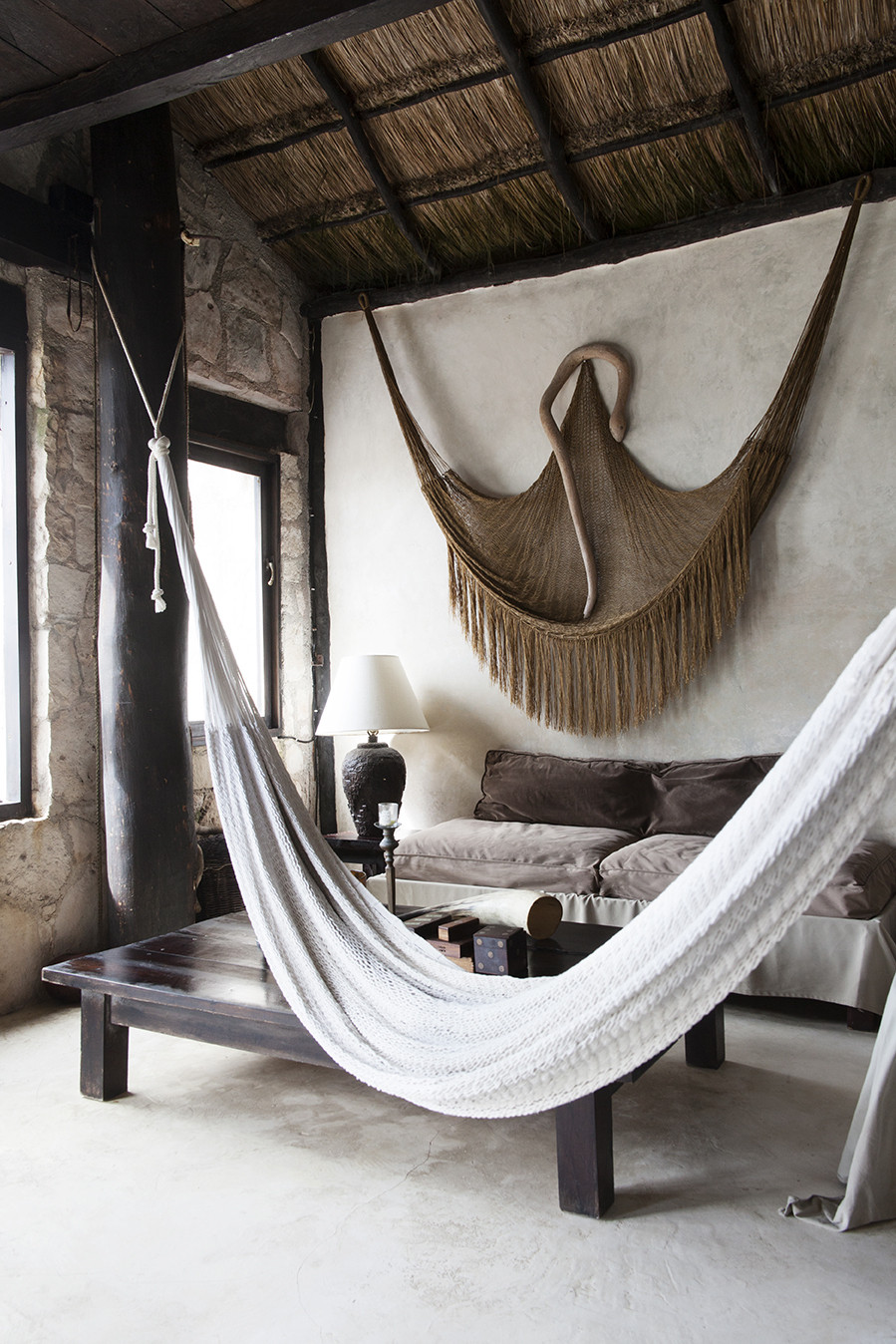 I think it’s probably a great idea as when not in use you can unhook one end and just fold it flat against the wall so it actually takes up much less space than a chair or a beanbag. According to The Ultimate Hang the minimum hang distance for a hammock is about nine foot (2.7m) but if your room is smaller than that then you can always hang it diagonally. You can also hang it from the ceiling joists if you use a long chain (which means you can adjust the height if you want). I would really like to hang one in the library (pretentious name I know but it is a room full of books) as the ceiling is incredibly high in that room and I can think of nothing nicer than whiling away the afternoon reading a book and gently rocking from side to side.

Or you could hang one really low like this and use it instead of a seat. And that way, whatever the weather is going outside you can still be lounging about in your hammock.