Wallpaper and an Unsolved Murder – the Florence Broadhurst Archive is Revived

And if that doesn’t draw you in as a headline I don’t know what will…. so yes Florence Broadhurst was a prolific wallpaper and textile designer based in Sydney, Australia, who was found bludgeoned to death in her studio with two cups of tea by her body in 1977. It has been speculated – but never proved – that she was the victim of the so called Granny Murderer, a serial killer called John Wayne Glover, who was later convicted of the murders of six other elderly women between 1989 and 1990 and who has been linked to a number of other deaths. The teacups suggested that perhaps she had known her killer or had arranged a meeting with him and, indeed, she had apparently sat next to Glover at the wedding of one of her employees. 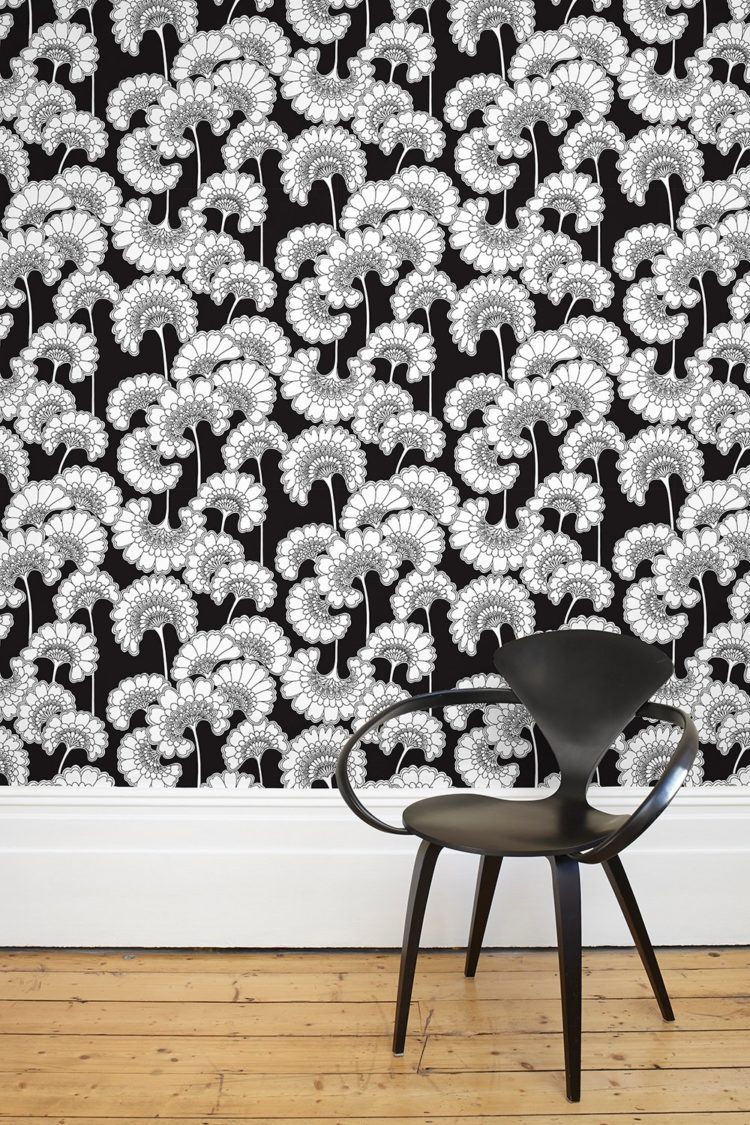 After her death her designs were sold for a few years in Australia and the US and also for a while in Liberty of London and Selfridges,  but they gradually disappeared from view and it has not been possible to buy her designs in the UK for over 10 years now. That was iuntil a group of designers, Rebecca Lawrence, Carole Spink, and Jane Martin, decided to investigate. Rebecca, an interior designer, was working on a project for which she felt a Florence fabric would be perfect. When she was unable to find it, she swung into action. They have now obtained exclusive rights to Florence Broadhurst’s eccentric and exuberant archive. The initial launch comprises 61 wallpapers across 12 designs and 23 fabrics over six designs.

The patterns originate from scans of Florence’s original silk screens, making them a faithful re-creation of her work that was created more than 50 years ago. Florence loved to layer patterns and the collection has been designed to make it easy to do the same. As she said: ” I tell my clients they must surround themselves with the colours that inspire or uplift them.” Many of the wallpapers here have ‘companions’ that can be used to complement or contrast one another in the same room – such as on different walls, on and around panelling or above and below a dado or picture rail. Likewise, the fabrics have been designed in clever ‘layering palettes’ making it easy to mix and match fabrics within the theme of a room or, even on the same piece. Rebecca Lawrence, who still has a 2003 copy of Living Etc with a picture of Japanese Floral on one of the pages – the corner is still turned down where she fell in love with it 16 years ago – says the designs are perfect for the new mood of maximalism that is sweeping in.

“I don’t think minimalism will ever die but people are definitely getting much braver with colour and pattern and these designs still work as well today as when Florence created them,” she says.

“Instagram and social media has definitely helped with that as people are able to see what patterns will look like and the scale of them so that has encouraged us all to be a braver in our choices.” In addition to the fabric and wallpaper Rebecca and her colleagues are putting the finishing touches to a collection of lamps and cushions and will be releasing more colourways of the existing designs. They are the exclusive distributors of the wallpaper in the UK and have complete creative freedom with the fabrics.

“We can play with colour and scale as well as creating new pieces from the designs,” she said before revealing that a collection of paint is due next year. What do you think? I love the graphic black and white of Japanese Floral but maybe that’s helped because I have seen it in Bianca’s home. Anyone up for a return to wallpaper and pattern?