In hindsight the clues were there. The staff were dressed in denim, the benches were painted in shades of blue from the gentlest spring sky to the deepest cobalt. But still we didn’t guess. We had been invited to a house in London – one of the last remaining Georgian houses in London that hasn’t been converted into flats (Guy Ritchie owns one of the others, which is next door. He wasn’t in though) – by Dulux to their annual event to present the colours that we will all be craving in 2017. 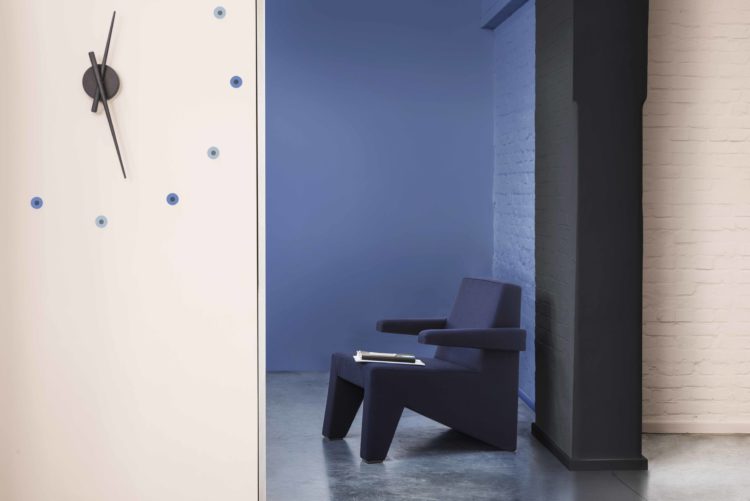 You may not know it  yet, but the colours you will want to put on your walls next year have already been decided. An international team of trend forecasters and design experts have been closeted in a laboratory in Amsterdam analysing our social media, our economic trends and quite possibly what we had for dinner last Tuesday, in order to decide shades we will want in 2017.

“We have to know what people will want in a few years time,” said one of the denim-clad experts. “We need to know what the customer wants before the customer knows”. And so the team at Akzo Nobel, which owns Dulux, brought together a team of researchers, including a Chinese architect, a trend specialist from Latin America and a Polish design expert for a brainstorming session. And they have decided that the colour of 2017 is (cue dramatic music) Denim Drift. That’s blue to you and me. Actually it’s a very greyed out shade of blue and it goes with just about everything. In fact every time there is a survey on such things, it turns out that blue is the world’s favourite colour. Which is handy when you sell paint in 80 countries.

Denim Drift is part of a new palette of 45 different colours based around four lifestyle trends that are supposed to sum up what the world is about right now. And they’re pretty on the money. There is new romanticism – or perhaps that should be the new new for those of you who remember 1983 with fondness – which is all about rich greens and aubergines. It’s about sustainability and sharing, bringing nature into our increasingly urban world. It’s a bit boho and a bit eclectic. Marianne Shillingford, the creative director at Dulux, said: “Lots of affordable materials such as wicker, cane and bamboo mixed with plants are all brought together with strong colours to connect pieces of furniture that don’t have to match.”

Think strong olive greens, with soft pinks and lots of knitted blankets. This has a cosy autumnal feel that we will be dying for in a few weeks.

The next trend around which a palette has been based, is called Shared Individualism. This was apparently uncovered by the Chinese Architect who spoke of the Bestie Economy, a huge trend in Asia. It is about people meeting online on social media and then getting together in real life. It’s about finding a sense of belonging and discovering your own group in a world that is lived increasingly in large cities and on social media. It’s about sharing space. In terms of paint it’s about fresh and playful colours. Obvs.

The next trend, which really did resonate, is about how our offices are becoming more like our homes and our homes are turning into mini offices as we increasingly work from home and carry our laptops to and fro. As Marianne said: “There is no longer a line to blur between the places we work and the places we live, but there are ways we can make our homes a better place to do both.” She suggests using contrasting colours between the work and the play zone. This is also a good idea in a small space if you don’t have a whole room to dedicate to the office. Use lots of cool neutrals to keep you calm in the face of deadlines but add bursts of colour to give you a dynamic burst of energy. It remains to be seen whether staring at a patch of Tin Red is more motivating than a tin of biscuits when it comes to the mid-afternoon slump.

Finally the last one is considered luxury. This is about creating memories rather than adding clutter. Put simply, as Vivienne Westwood once did: “Buy less, choose well and make it last.” This is a very Mad About The House philosophy (except when it comes to shoes) and I suspect one that many of you agree with too. A nice chair is just a nice chair, but if it is one that you have had since childhood, or that came from your Grandmother’s house and you recovered in a funky fabric then it’s more than just a seat. It’s an integral part of your home that tells the story of the people who live there. Which is what every house should do.

Now, normally I wouldn’t spend too much time discussing how a lifestyle trend influences a paint colour but actually, I think these four are pretty spot on. I certainly couldn’t have come up with a paint concept around it but then I’m not a trend forecaster. Well, only inasmuch as I predict you will like these colours as much as they say you will. So, more of a trend endorser really. 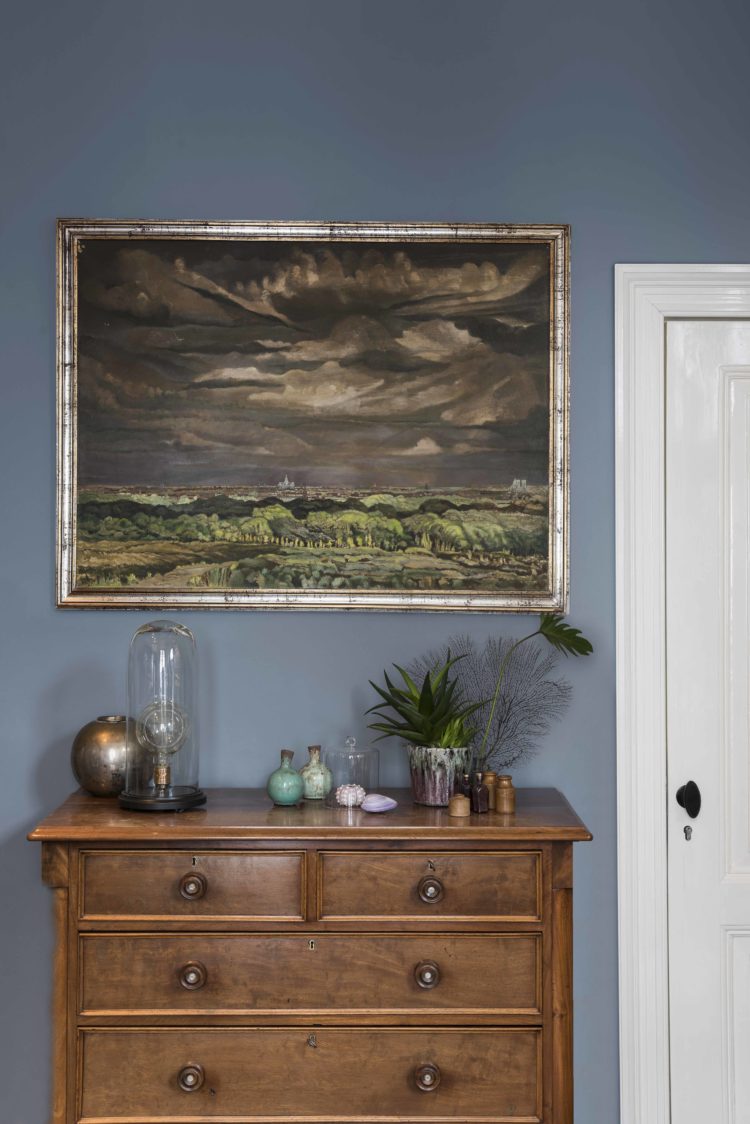 Back to the paint – I mentioned that there were 45 new colours. They are all quite muted and greyed-out (think of another brand that is similar and MUCH more pricey) and they are all pretty lovely. They look expensive, which is good because they aren’t. Look out for Urban Walk, a gorgeous mid-grey, along with Matcha. Or  try Pocket Stone, Clock Face and Brushed Buckle which are soft pale shades of grey that won’t be cold. Dulux Brush Buckle – painted through a piece of lace for extra special effects.

If you fancy green – and you will – look out for for Wild Cactus and Garden Grey – that’s my new bathroom right there. If you’re still loving navy blue then Cobalt Night is the one for you. Finally try Muted Blush or Tea Story for the softest of greyed out pinks. These are pinks for boys who think they don’t like pink. And there you have it; the colour of the year 2017. Tester pots at the ready, which one will you be choosing? They’re available from next year but you can get them colour matched now.