Five of the Best Soap Dishes

Well you know…it just seemed like it might be useful. So I just thought I’d put it out there. UPATE: Do read through to the comments for links to soap leaves (brilliant when you’re out and about and travelling) and floating soap as well as an organisation making environmentally friendly soap (plastic and paraben free) with a workforce that is 80 per cent disabled. It’s Beco (BEtter COnsidered) if you haven’t got time to get that far. I have to say the one above is my favourite of all. I remember an elderly cousin having one of these in the downstairs cloakroom when I was a child and I thought it was the most exciting thing ever. While we’re on the subject, I also had a hunt around the question of soap passing germs and found this article which says that studies have found that soap doesn’t pass on germs – although obviously no-one knows about the currrent batch. 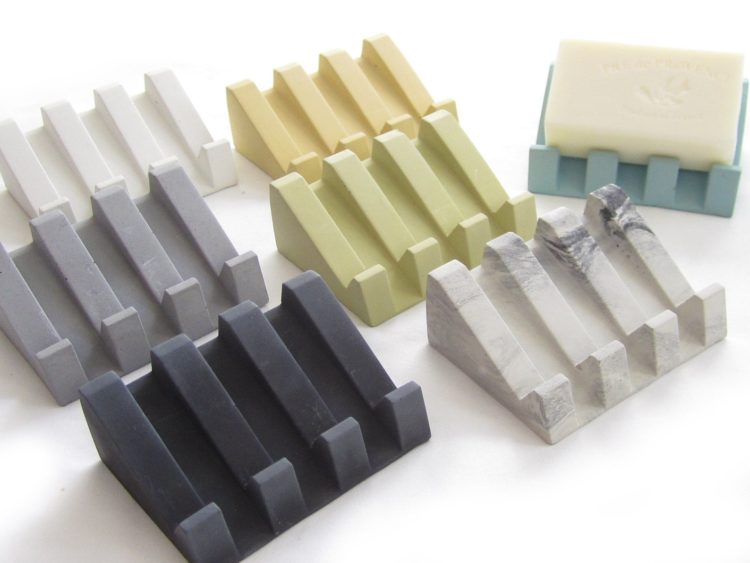 I have been buying more soap dishes after the last year anyway as we gradually make the switch from liquid soap to solid bars and one thing I have realised is that, where possible, you need a dish with a bit of a drainer. One of mine is a flat dish and the soap does sort of stick to it. But it’s a pretty dish and it’s by my basin in the en suite bathroom so I don’t use it quite as much as I might if it was in the downstairs loo. The other thing I was looking for is whether liquid soaps (often in plastic bottles) are more hygienic than solid bars. I found this, which admittedly is by a solid soap manufacturer so I pass it on but do read it and understand the point of view of the writer. I think I would happily use a bar of soap at home but I’m not sure I would want to in a public place.

So the next question is do you buy glass bottles to decant liquid soap into? And if so does that mean you are buying fewer large plastic containers of soap rather than lots of smaller ones? I don’t know the answers but I have given you a selection of pretty soap dishes to look at. Or is it time to bring back soap on a rope?