Monday Inspiration: How We React Emotionally To Colour

My colour psychology series has been one of the most popular on the blog over the last few years and as I’m still running through the spectrum I thought it would be timely to share this post with you again that talks about our emotional reaction to colour and if you like this then come back tomorrow when I am going to be sharing details of a course I did on this a couple of years ago which helps you find your colours according to the seasons.

Starting off this week with some very calming colours. We had a location shoot in the house last week which lasted six days. That includes a day to paint two rooms – the bathroom and sitting room – and then paint them back again when the shoot was over. My dark green bathroom (see below) was painted in Hardwick White by Farrow and Ball, which I think is probably a very lovely shade, when it’s not next to my pale pink window frames and cool grey Carrara marble tiles. The sitting room went from its usual chocolate brown to Skylight (also by Farrow & Ball) and also a pretty shade, but one that didn’t work at all with my furniture. The room immediately became cold and, to my eyes, unwelcoming.

You can see both rooms and changes below but the thing that I hadn’t been prepared for was my emotional attachment to the paint colours I live with on a day to day basis. 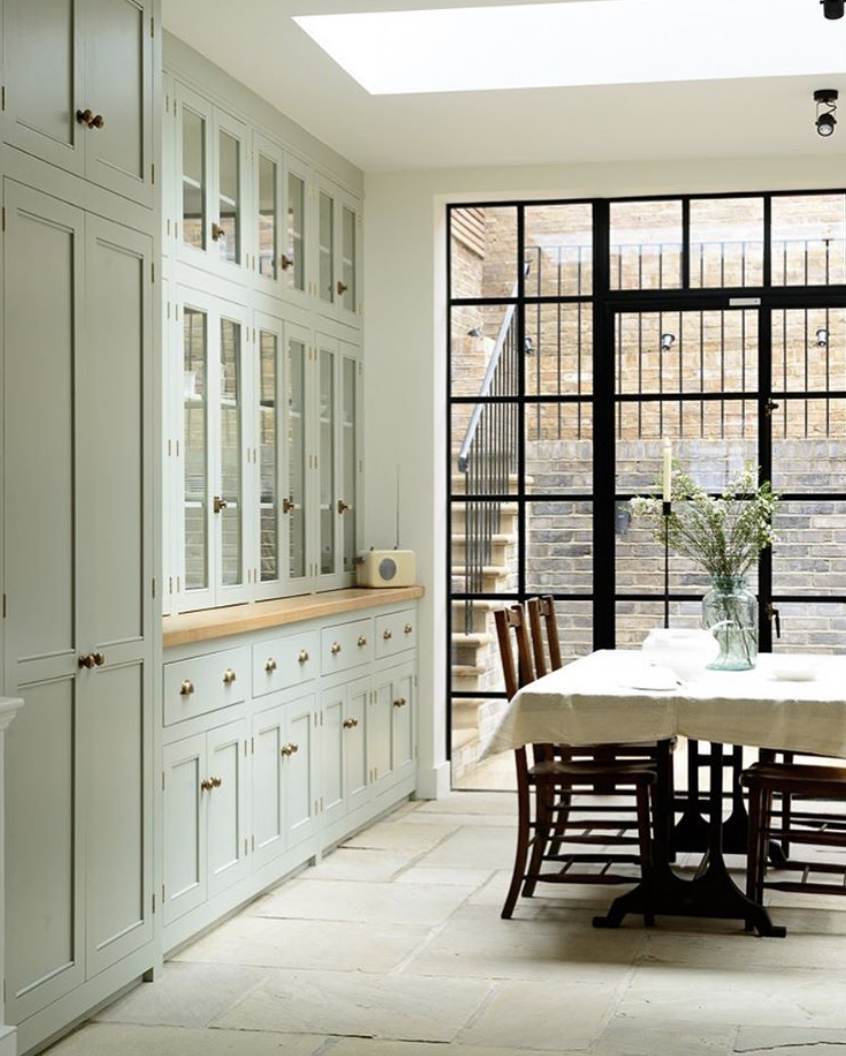 I’ve said before that when decorating a room you need to find the colours you love but also to work out how they make you feel. We react to colour in one, or two, of three ways – culturally (for the Dutch orange can be football, while for the US it might be prison), physically (a gut reaction to a colour that is instinctive – for me it’s primrose yellow that I don’t like) and emotionally. And it’s this latter that I knew intellectually, but wasn’t quite prepared for.

I was basically relaxed about a crew of 18 in the house, with sleeping, working and eating in the loft while our bedroom doubled up as hair, make-up and wardrobe for the bathroom next door, and the library was filled with kit and furniture from the newly emptied sitting room, while those members of the crew not needed on set set up camp at the kitchen table. But I was not prepared for how unrelaxed I would find being in rooms in my own house that were painted in colours that I hadn’t chosen and wouldn’t have chosen once they had all left for the day and we were able to go into the sitting room for evening. Thankfully, all is back to normal now and I will be talking about about renting your house out as a location shoot on Thursday’s podcast so drop back then to find out more about how it all works.

So the key lesson (if there is a such a thing) from today’s post is that it really is important, not just to work out what colours you love and want to live in, but how you react to them on an emotional level. Today’s rooms have been chosen for their strong statements but also to give you something to consider. Perhaps a colour that you might not have been considering, or a bold pattern. The first two are both soft greeny grey colours which, personally I find restful.

But, crucially – for me at least – both include elements of black to provide “punctuation” or stop them looking too wishy washy. And, in the case of the top one, the warm ochre shades warm up a colour that might otherwise be cold.

Then there are two rooms with strong patterns (both by Surface View. The top one is still very restful with the pink flowers to add more drama but the key to this scheme is the juxtaposition with the lime green cabinet. I would never have chosen that, but I love it. For me it works really well and while the room isn’t quite as calm as it would be with a traditional wooden one, it is the very unexpectedness of it that appeals.

A similar mural, this time in pink provides a stunning backdrop to this bedroom. I love that it has been supersized to create an almost Alice in Wonderland feel as it’s so large. It’s also a child’s bedroom, so the strong colours work really well. If it were mine I would have made more of the green to drop it all back down again and create a space that I would find more restful. And that’s the key. How do these rooms make you feel – and remember these are real rooms by real people so bear that in mind when leaving comments and focus on your emotional response. 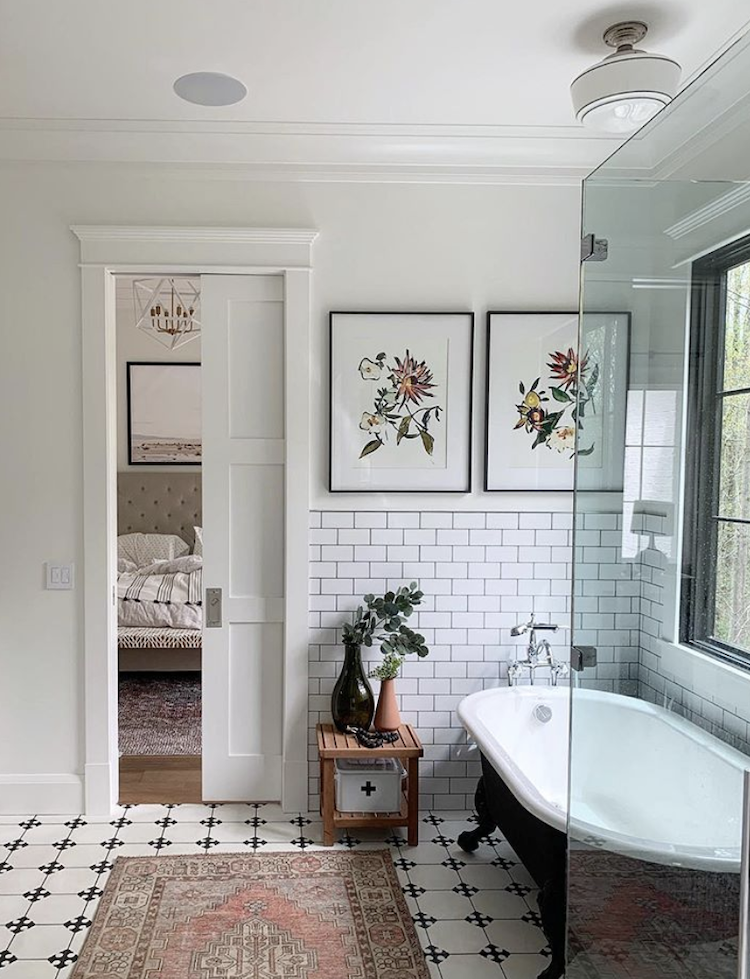 Green is known to be a restful colour and it connects us to the outside. It can be hard to find the right one for you but when you do you should find that room calming, restful and productive as well.

Finally, before leaving these rooms to show you my own “befores and afters” this gorgeous bathroom which ticks many of my personal boxes, although many of you might react quite differently. Note also the brilliant sliding door which looks vintage as it’s panelled but has a modern feel to it and saves space from the rooms either side of it. madaboutthehouse bathroom in Spruce Things Up by Dowsing & Reynolds

Now here is my bathroom as it usually is – Spruce Things Up by Dowsing & Reynolds, which is a beautiful green. They are currently looking for new paint suppliers so it’s not currently available but they assure me it will be back.

And below in Hardwick White. What a different feel. I know it’s not the best image as I grabbed it on my phone when the crew were out of the way and I wasn’t allowed to show you how they dressed with their own shower gels and towels etc but I was very uncomfortable with the colour next to the tiles. And the pink window isn’t visible but they didn’t get on at all. And my pale blue sitting room. It felt much colder than this image shows but it was more about the sense that none of my furniture belonged in this setting. If I had liked the colour I would have had to buy a new lamp for sure. 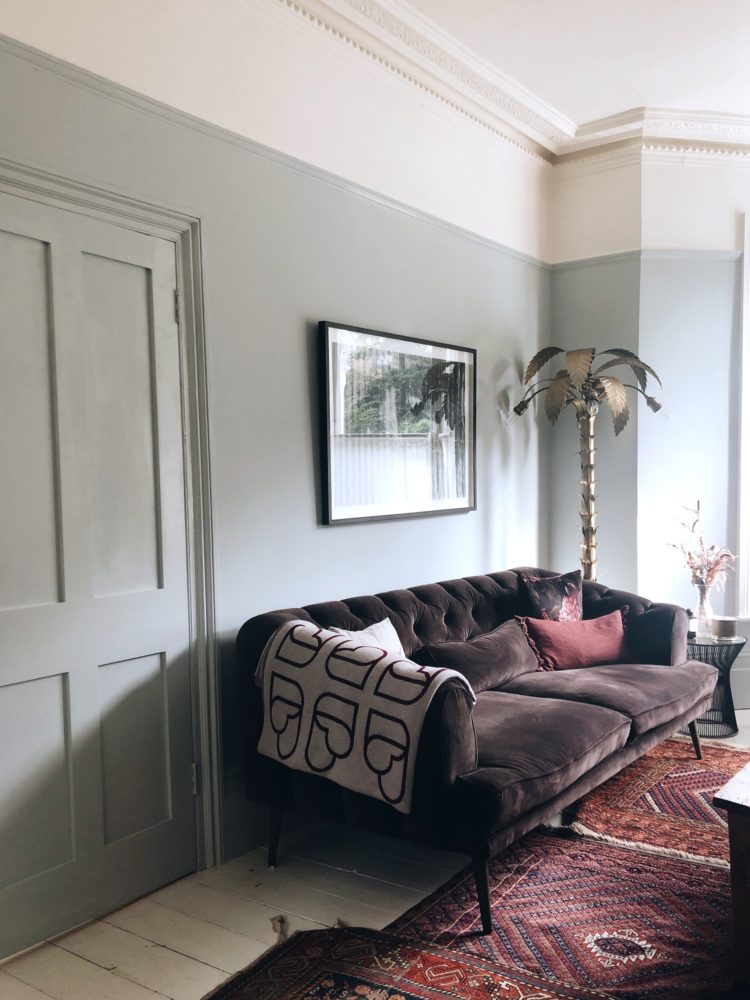 madaboutthehouse sitting room in skylight by farrow and ball

Back to normal here. Perhaps it is the familiarity and I know that not everyone likes dark rooms but this makes me feel calm and happy and, most importantly of all, home. 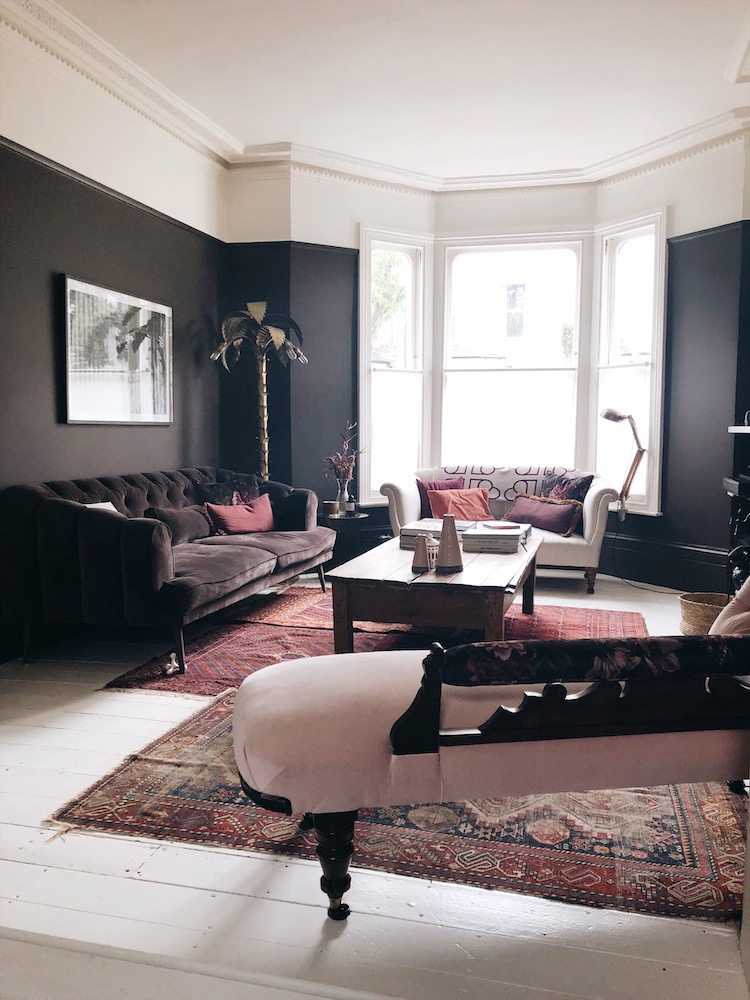 What do you think? Do share your best and worst colours below and how they make you feel.